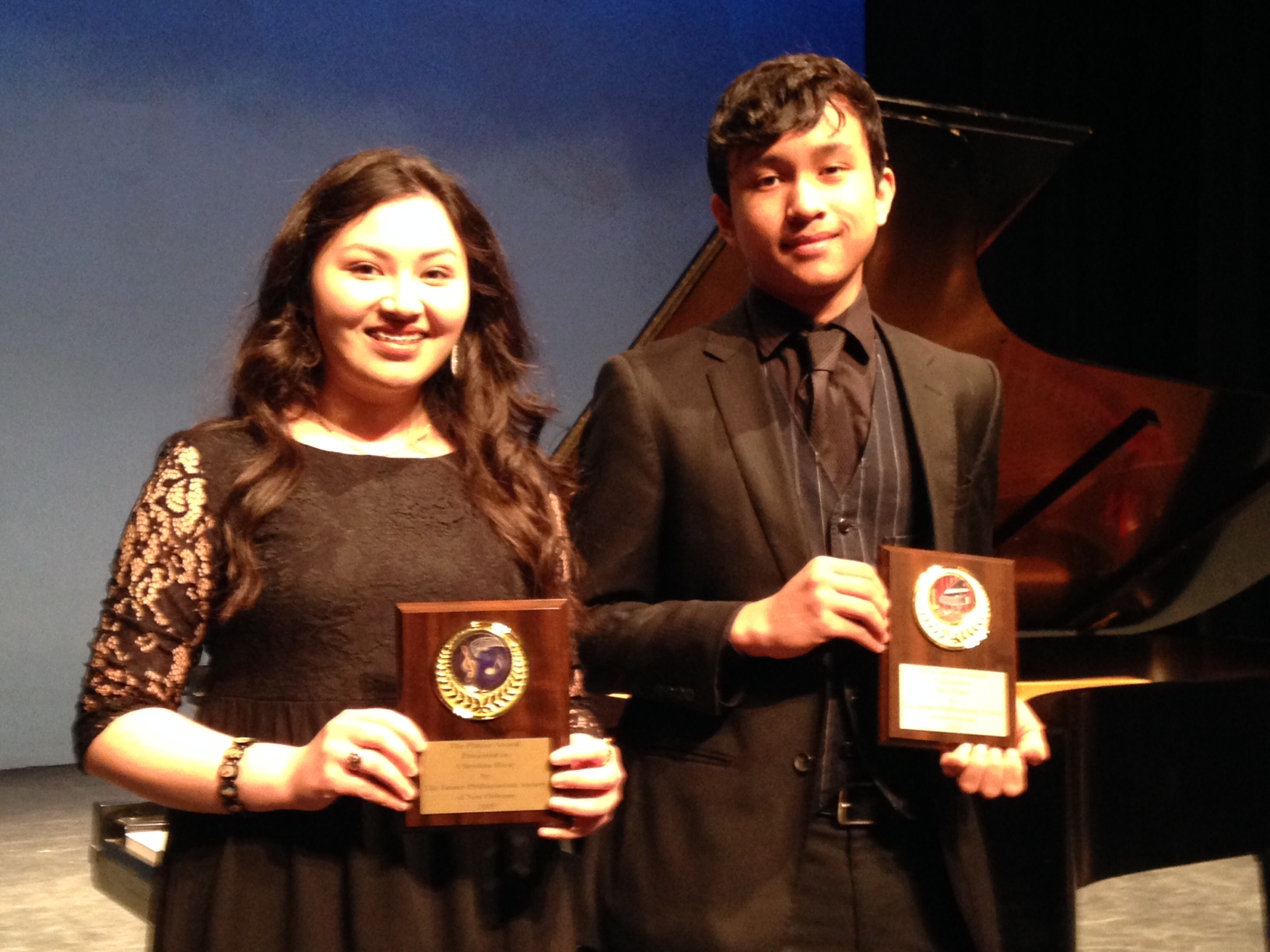 After both concerts have been held, board members evaluate the performances and select award recipients based on outstanding achievement. The awards are presented to the recipients during the first performance of the following year.

This cash award and plaque is given in honor of John Tobin, a very talented musician who performed in Junior Philharmonic concerts many times. Funding for this award was included in his mother’s will and the award is given for an outstanding performance.

The Irving Carr Award is a cash award and plaque given on the basis of potential. It was started by the board of directors in honor of Irving Carr, the husband of Irene Carr Huggins. Ms. Huggins was president at the time and a long-time active board member.

The Scholarship Award was the first award given by the society. It was begun by Minette Starts, a long-time board member who raised the money to get it started. It is a cash award given for continuing studies.

The Platzer Award was started by Ms. Bobbe Ritter in honor of her parents. It is a cash award and plaque given to a young musician for Artistic Excellence in Music.

The Emily Bayle Award is a cash award and plaque given to a junior performer, eighth grade or younger, for artistic excellence. Mrs. Bayle was very active in the early years of the Jr. Philharmonic Society, happy to share her great love of music with young people and encourage them to perform and appreciate the arts as much as she did.